Celebrate the LGBTQIA+ community this Pride month with these 5 events that take a deeper look at the history of LGBTQIA+ elders and share stories of rising leaders in the movement. 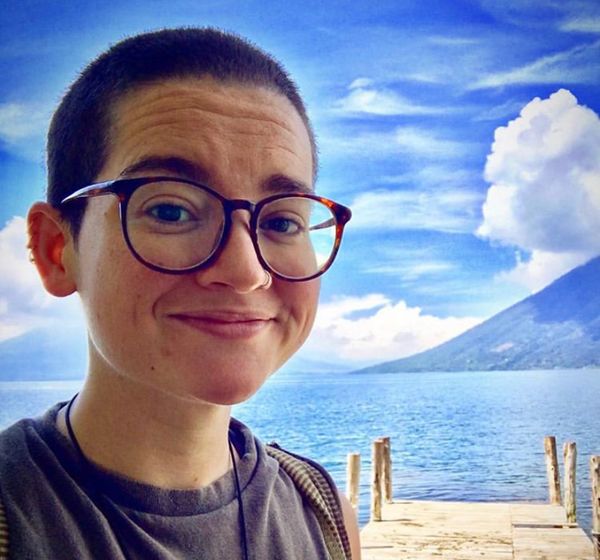 To remind us of the history that paved the way for the LGBTQIA+ and inspires new paths towards greater equity for all, we want to share 5 events hosted this month on Crowdcast that highlight the stories of LGBTQIA+ elders and rising leaders in the movement:

Learn about the influence of Stonewall, with David Velasco Bermudez (a Stonewall Veteran present at the Stonewall Tavern the night the uprising began), Bob Isadore and Jane Fleishman in conversation about The Stonewall Generation: LGBTQ Elders on Sex, Activism, and Aging.  They share the stories of the fearless elders in the LGBTQ community who came of age around the time of the Stonewall Riots of 1969, including the voices of those frequently marginalized in mainstream tellings of LGBTQ history, lifting up the voices of people of color, transgender people, bisexual people, drag queens, and sex workers.

Another legendary space in LGBTQ culture is the ballroom. Black LGBTQ people, and especially Black transwomen, have been at the forefront of the fight for equality, and the ballroom is one predominantly Black LGBTQ safe-space that has endured for over 30 years. Take an inside look into the effort to preserve Philadelphia’s ballroom scene, with a screening of Legendary: 30 Years of Philadelphia Ballroom. Watch rare archival footage and interviews from the scene’s most “legendary” figures, in this film highlighting a culture which historically and continually offers performance as an act of resistance.

Eye to Eye: Portraits of Lesbians with JEB & Alison Bechdel

In addition to protests and performances, it can also be revolutionary to live your everyday life while loving who you love. In 1979, JEB (Joan E. Biren) published Eye to Eye: Portraits of Lesbians, showing photographs of lesbians from different ages and backgrounds in their everyday lives--working, playing, raising families, and striving to remake their worlds. More than just a book, it was an affirmation of the existence of lesbians that helped to propel a political movement. Listen in for this conversation between JEB and cartoonist Alison Bechdel as the two authors discuss Eye to Eye: Portraits of Lesbians.

One of the most widely known struggles has been the fight for marriage equality. It's only been six years since the U.S. Supreme Court ruled that state bans on gay marriage were unconstitutional, making same-sex unions legal across the United States. The Engagement: America's Quarter-Century Struggle Over Same-Sex Marriage vividly guides us through same-sex marriage’s unexpected path from the unimaginable to the inevitable. Join author Sasha Issenberg, and Derek Kitchen, the Utah Senator who sued for marriage equality in conversation about this long journey.

The fight for marriage equality is well known, but the fight to demedicalize intersex bodies continues. Sean Saifa Wall, I.W. Gregorio, and Sol Santana introduce the reality of intersex lives using storytelling and education in this conversation on A Literary Approach to Intersex Justice. Learn about what intersex justice means, hear stories with intersex people as main characters, and find out how to be an ally as an endosex person.

We're proud to host these conversations on Crowdcast and to create a safer space online for the LGBTQIA+ community to meet and share revolutionary ideas and stories about lived experiences.

These are just a few of the events going on here that center LGBTQIA+ people. You can find more events on our Discover Page, just search for any keywords you're interested in and you'll see a list of relevant events.

Later this month we're going to be sharing another post with more information about what we're doing as a company to create more equitable experiences for our LGBTQIA+ employees and everyone who is a part of the Crowdcast community.

Are you ready to start hosting online events for your community on Crowdcast? Click here to start your free 14-day trial today! 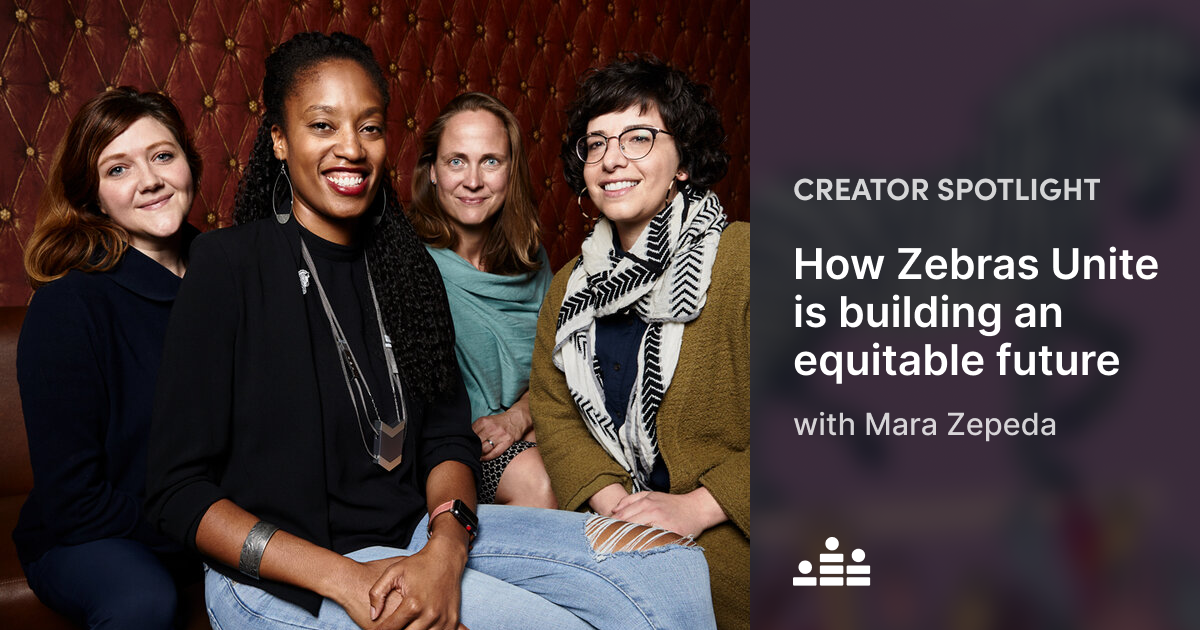 How Zebras Unite is Building an Equitable Future

What would the future look like if businesses focused not only on profits, but also on shared prosperity? We spoke with Mara Zepeda, Zebras Unite co-founder, to ask how Zebras Unite is bringing together a community of businesses that make money, while working to create a more just and responsible society.

Juneteenth: A Day of Remembrance

On this Freedom Day, Jubilee Day, Liberation Day, Emancipation Day we at Crowdcast want to take a moment to reflect, honor, and celebrate the momentous occasion this day represents for the Black community. 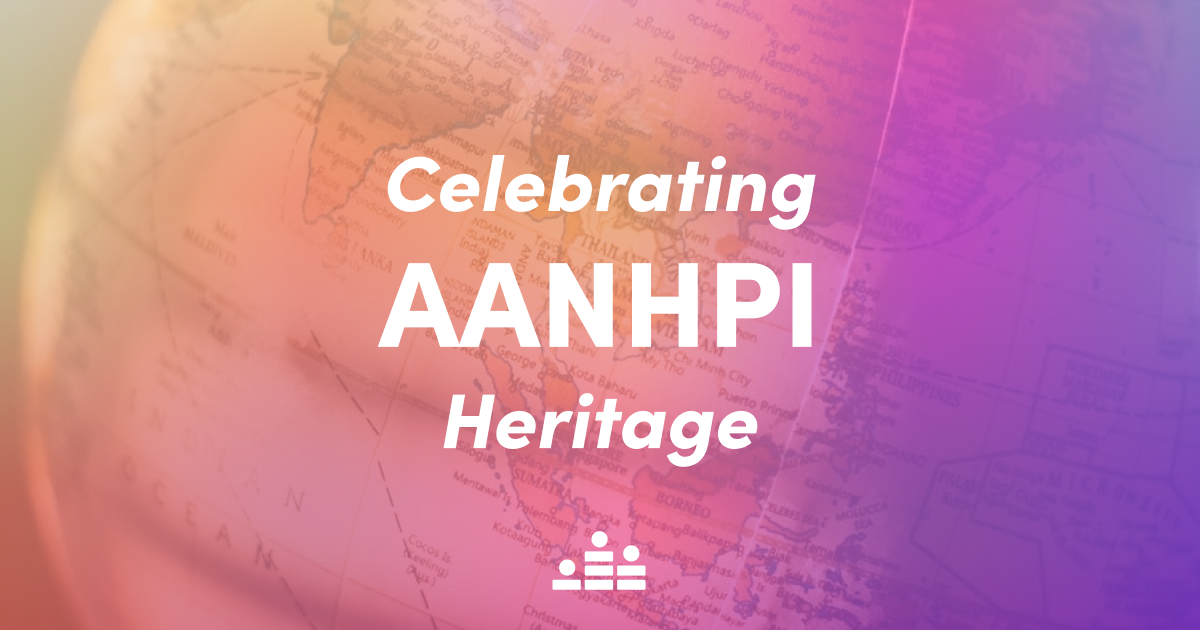 Celebrate AANHPI Heritage with these Events

To celebrate Asian Americans, Native Hawaiians, and Pacific Islanders (AANHPIs) Heritage Month, connect with the AANHPI community with these events happening on Crowdcast.