Our 10 favorite take-aways from Paul Jarvis 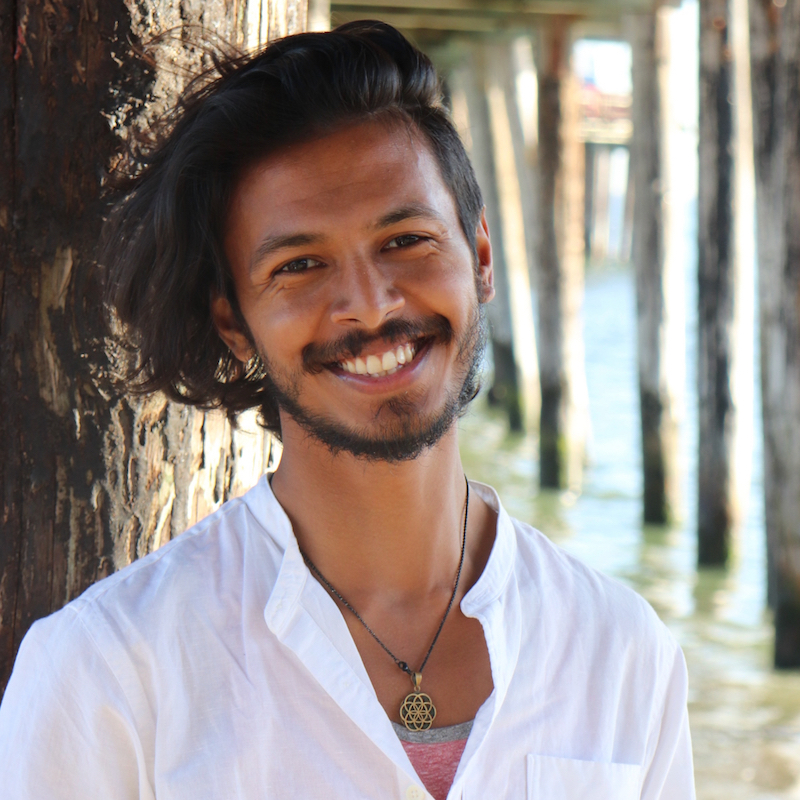 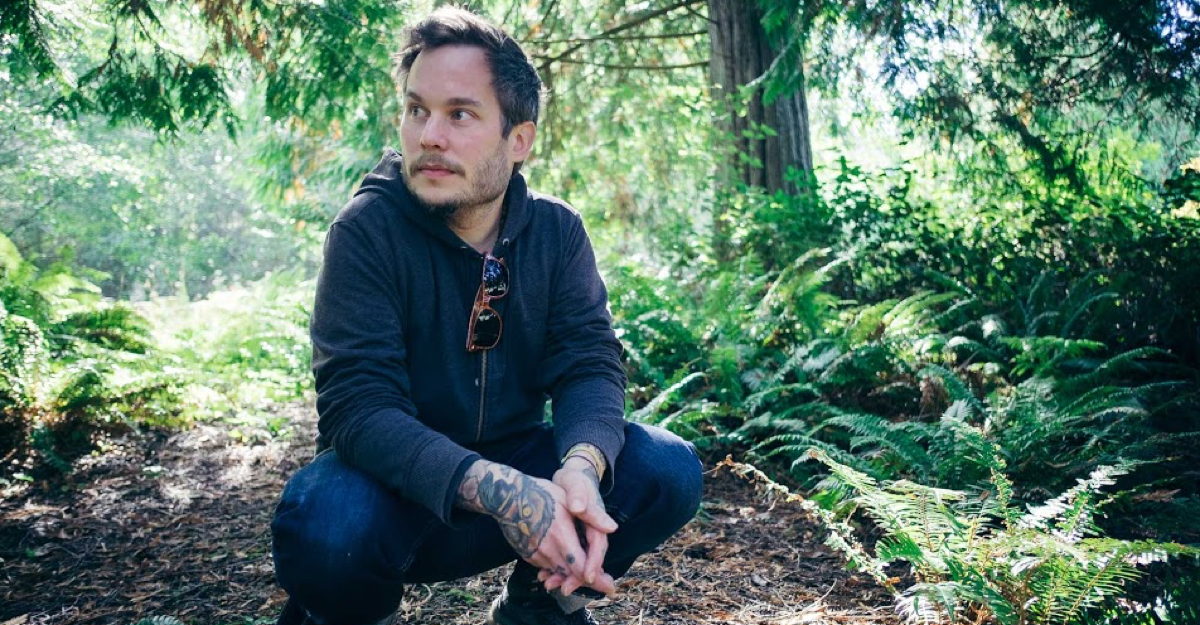 Paul Jarvis is a bad-ass freelancer. He's known for working with successful online entrepreneurs like Marie Forleo and Danielle Laporte. Then he became a well-known entrepreneur is his own right by launching Creative Class, helping freelance creatives to successfully grow their businesses. Paul also hosts two podcasts and has published four books.

He's defined success on his own terms and with his unique wit intact. Obviously, we're massive fans.

(And not just because he's one of our earliest hosts)

Sai interviewed Paul in a community Q+A event earlier this year, to chat about the art of successful freelancing. We thought the conversation included incredibly helpful tips for any creator and needed to be re-surfaced. Here are some of our biggest take-aways:

1. There’s no such thing as passive income.

“Passive income is just a separation of work and money and revenue. In order to sell Creative Class, I do a whole bunch of work like writing articles, blog posts, podcasts; doing discounts, doing co-branded webinars … and then that translates into money that sometimes happens when I’m sleeping or when I’m hiking in the woods.

2. But you can maximize ROI for your time investment.

Make sure the product is valuable enough for people to want to purchase it.

That means starting with something as simple as a tweet—which might turn into an article, then a sign-up page to measure interest. Only then will Paul start to design a course.

“I’m only one person. If all of my things failed, I wouldn’t be able to support myself or my family. So I kind of need to build in these tests and iterations and checks along the way, so I’m not spending like three months building something that makes me like $1,000.”

Balance the time you spend on product development with marketing and promotion.

“[Creators will] spend like four months building a course, and then they’ll send out one newsletter and one tweet about it and be like, ‘Oh this is a failure. Nobody bought my thing.’ But it's like, well you did maybe an hour of work to promote it. And you did like 100 hours to make it.”

Pro-tip: Make the most of what you've got by re-packaging.

Paul uses a mixture of live and recorded events—including joint events with Jason Zook—to engage his audience. “I like to maximize the amount of benefits of something. If I’m doing something live, I save that and package it as something else—either as a bonus or a for-sale product—so I get multiple uses out of it.”

3. Most freelancers set their prices too low (shocking, we know).

“A lot of creatives have that imposter syndrome, like I’m not good enough, what I’m doing isn’t valuable enough.” Paul suggests thinking of pricing beyond an hourly rate—consider what makes you feel valued and the value of the product you’re creating for a customer (and the impact on their growth or revenue). “You have to play—there are market rates, but they don’t mean anything,” he says.

“When I do price increases, I get a massive influx of work because the way that I do it is I let all of my existing clients know that, ‘Hey my rates will be going up on x date. If you book in some work before Date X, I’ll honor current pricing.' Like, instant revenue spike.”

4. He believes so strongly that the business of freelancing should be taught in school, that he would be totally happy if no one bought his classes again.

“The most common thing that people who take my class say is, ‘I don’t know why this isn’t taught in school.’ It’s counterintuitive to my profit margin, but I wish this stuff was taught in school. Like, I would be happy if all of these things were taught in school, nobody bought my course anymore and everybody who does creative work or freelancing work has a better education on business.

I’d be ok with not making money on my course anymore, if that happened.”

5. The freelancing icon first failed “spectacularly” as a freelancer—which, ultimately, led to his success.

Like many creatives, Paul had the technical skill to launch his own business. But he wasn't prepared for the business of freelancing. He failed “spectacularly” at first, even working for months without pay on a verbal contract. “That's actually why I teach the Creative Class course,” he says. “It teaches all the things I wish I had known when I started freelancing.”

Paul's failures sparked a business opportunity to prevent other freelancers from making the same mistakes.

Many freelancers get into the habit of asking for a testimonial immediately after project delivery—before the client is able to observe the project's impact. “So the testimonial will be something like, ‘Paul Jarvis is a great web designer and a pleasure to work with….' That’s good, I guess, but not that useful,” he says.

Instead, Paul recommends following up with clients two weeks to two months after project completion. Ask how the product is working out and what impact your work has made on their business—giving your client an opportunity to share a success story:

“That helps anchor a value for new clients because then you can say , ‘Look, I’ve done this work for Client X on this project and their revenue increased by this amount. So they paid me $5,000 for their website, and now their website is making $10,000 a month. They paid for my work in 15 days.'”

“Results-driven testimonials are about a gazillion times better because those are actually going to show results …. Being able to show that to clients is gold, solid gold.”

7. Instead of trying to be everything to everybody, be THE person for the businesses you care about.

(Spoiler: This is how Paul got to work with Marie Forleo and Danielle Laporte.)

Standing out in the freelance economy is tough. Paul recommends figuring out who it is you want to serve, and marketing specifically to them: “I got to where I’m at with freelancing because I said: Alright, I’m focusing just on this tiny group of people—and everybody else, I don’t care about.”

He describes his niche as female authors who build online brands as themselves, such as Danielle Laporte, Marie Forleo, Alex Franzen and Kris Carr: “As specific as that.”

“Then I became known in that industry, because people were like, ‘Oh if so-and-so has a website by Paul Jarvis and they’re at the top of their industry, then I need to hire a Paul Jarvis’ …. I went from a group of one-of-many to a group of one.”

“All the best freelancers I know did this. Anyone who doesn’t do that, or is scared to do that, isn’t at the top of their freelancing game. It’s scary—I 100-percent understand that it’s scary—but it’s also necessary.”

8. He's very picky about his audience—and you should be, too.

9. He believes freelancing skills can be used to build successful startups.

“The amount of stuff you can learn as a freelancer can benefit greatly building a product,” Paul says. “A lot of people that run successful startups started with 1:1 relationships with their audience.”

Those close relationships and deep understanding of your audience gives you the expertise to build a killer product for a targeted market, or scale a 1:1 service into a one-to-many offering: “All of the people I know that have wildly successful products started that way.” Paul uses the example of Danielle LaPorte, who used her individual “Fire Starter” coaching sessions to write her bestselling book, The Fire Starter Sessions.

@DanielleLaPorte my tattoos back then were just not visible, but i ran out of "non-visible" room, haha.

10. It's impossible—even for freelancers—to work long hours and avoid burnout.

Freelancers are under particular pressure to perform, “because if you're not working, you're not getting paid.”

Be mindful about when and how you work.“Space is going to fill if you let it,” he warns. Paul made a choice to not work on Fridays, getting the same amount of work done in four days as he can in five. “The biggest thing—especially for freelancers—is boundaries, and a lot of freelancers are scared to set boundaries. The problem with that is if you don’t set boundaries, other people are going to make boundaries for you and you have to live with the boundaries they have set.”

Give yourself space to take breaks.Paul recommends taking breaks throughout the day and factoring vacations into your business plan. “Breaks are needed. We’re built to move all the time; we’re not built to sit at a computer all the time.”

You can check out the full conversation with Sai here. Also... 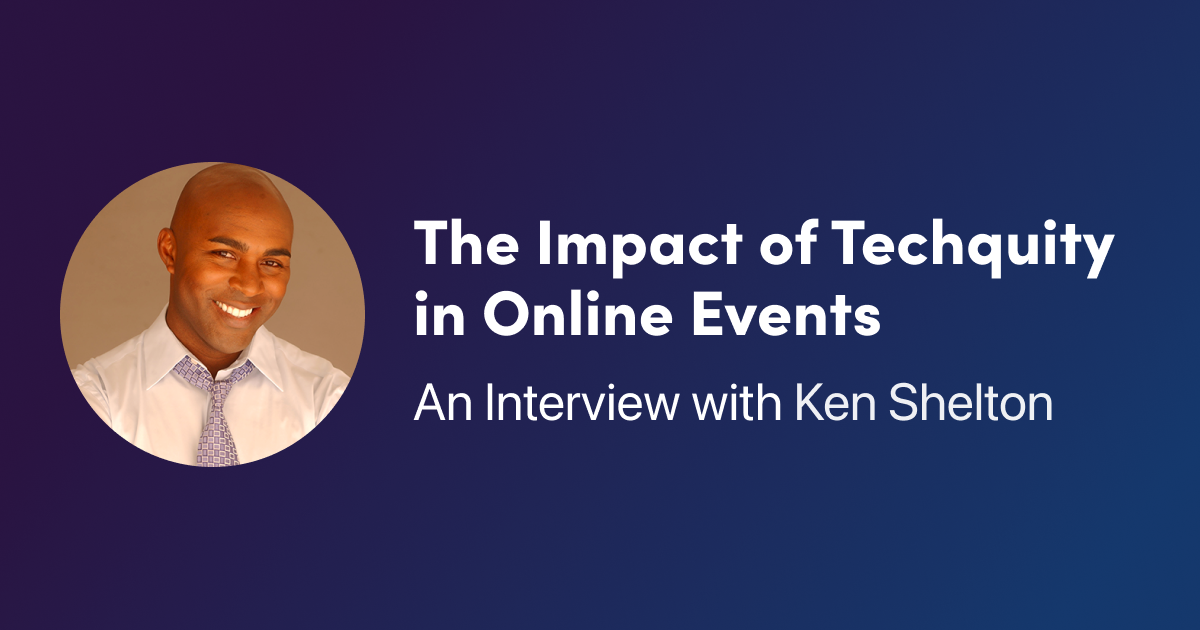 The Impact of Techquity in Online Events: An Interview with Ken Shelton

Anti-racist educator and innovator, Ken Shelton, teaches us about techquity and shares practical tips on how to make your online event more equitable and engaging. 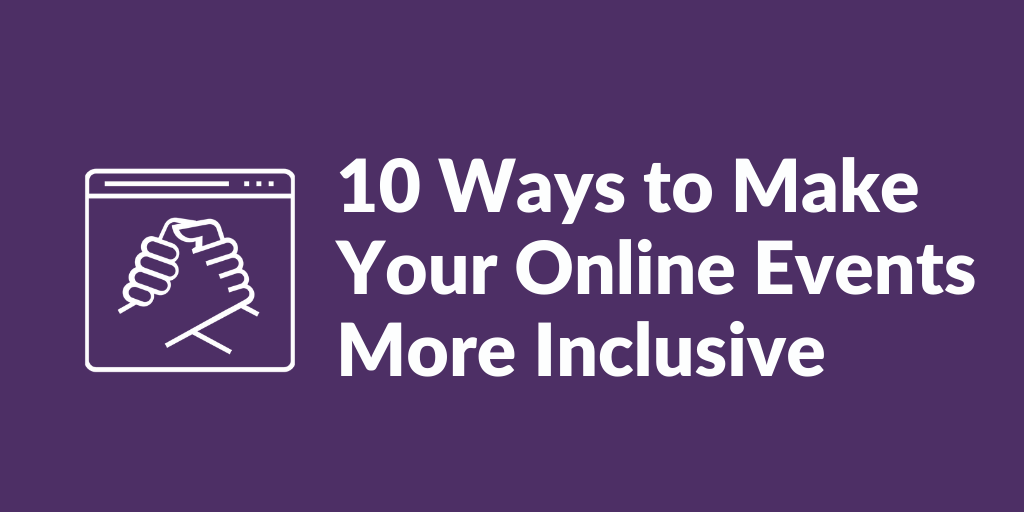 Hosting events online is an amazing way to include people who aren't able to travel to in-person events, and here are 10 ways that you can create an even more welcoming, more inclusive space in your online events. 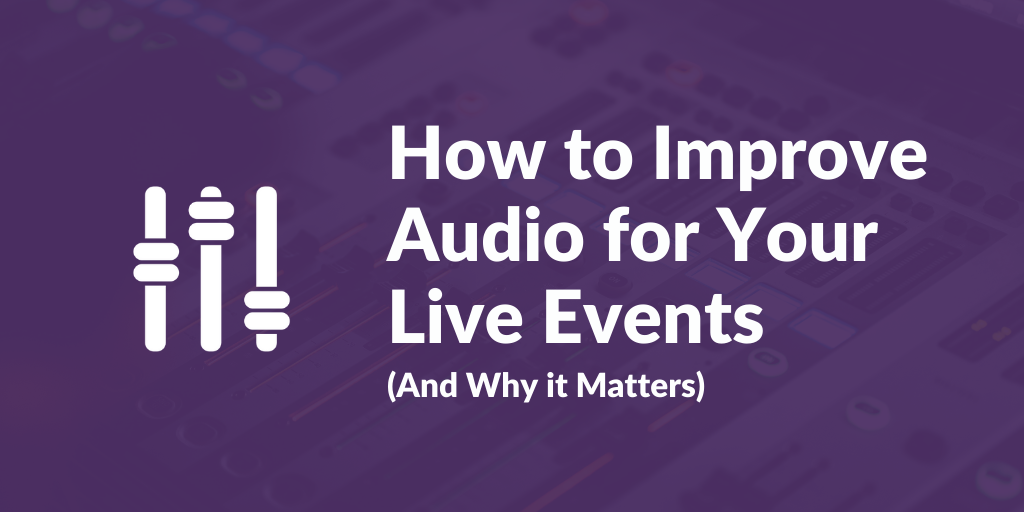 Find out why your audio quality makes a big difference to your attendees and learn practical tips for getting the best audio for your live events.